24- The number of residential apartment transactions in Tehran in August 2016 reached 17,000 residential units, which shows a 30.1% increase compared to the same month last year.

The average purchase and sale price of one square meter of residential unit traded through real estate agencies in Tehran was 42.8 million rials, which shows an increase of 1.2 and 7.6 percent, respectively, compared to the previous month and the same month of the previous year.

The report “Tehran Housing Market Developments in August 2016”, which is taken from the raw statistics of the country’s real estate transaction registration system, was prepared and published by the Central Bank’s Economic Research and Policy Department.

Volume of housing transactions in August

In August of 1995, the number of residential apartment transactions in Tehran reached 17032 residential units, which shows an increase of 30.1% compared to the same period of the previous year.

The Governor of the Central Bank said: “This year, the growth of housing transactions has begun gradually, and the statistics of the number of transactions has confirmed this claim, and in terms of price, each square meter has increased by 7.6 percent in Tehran.”

According to Eqtesad Online, Valiullah Seif today – Tuesday – in the meeting of the Kerman Province Resistance Economy Headquarters, stating that the resistance economy has created a very accurate view of Kerman province in the economic field and changed the view and attitude in this province, said: Governor’s view Kerman is such that in order to develop and increase production, Kerman province has not relied on the allocation of large government budgets, but has focused its work on the private sector, which is a correct and accurate view, and this can only be achieved with convergence in Kerman province. This agreement has been made.

The Governor of the Central Bank of the Islamic Republic of Iran, while expressing hope that Kerman province will grow with a steep slope in this direction, said: The government’s prudence, hope and complete nobility over the country’s economic issues have been witnessed and we are witnessing positive developments in this regard.

He continued: “Production capacity in the economy is directly related to forecasting the next few years and what will happen in the country’s economy in the future;” And this forecast, the longer it is, will create large investments and vice versa.

Referring to the calm that has been created in the country’s economy in the government of prudence and hope and after Borjam, Seif stated: This calm has opened the space for the country and the province to make decisions in this space very easily, but in In the past, this was not operational.

He continued: “The agreement that exists in Kerman province is very valuable and we should appreciate it and we are all obliged to create the future of the welfare of the people and the economy of the country in a balanced and improving conditions.”

Referring to the achievements of the 11th government, the Governor of the Central Bank of the Islamic Republic of Iran said: “People should not forget the economic developments and the greatness of Borjam in the international arena;” Thus, Borjam has created an atmosphere for Iran that has caused Iran to be able to gradually enter the international arena, and this will lead to a doubling of oil exports, the opening of the banking system, and so on. Meanwhile, the country’s trade equations, which were once such that the cost of sanctions to businessmen from the country’s international and foreign trade was 15%, today are done directly with foreign companies.

He stated that peace, economic balance and its positive effects have been other positive actions of the government of prudence, hope and prosperity. To fulfill its mission.

Seif continued: “The banking system was in demand at the beginning of the revolution, and this tool of economic development and organization was not used well in the past, and it has an accumulation of problems in the banking system in Kulbar.”

He pointed out that 45% of the assets of the banking system are unusable: the number of branches for each bank is known and more or less it causes problems for the bank.

The Governor of the Central Bank of the Islamic Republic of Iran is one of the unnecessary demands of the banking system from the government, he acknowledged: one third of 45% of unusable assets of the banking system are the claims of banks from the government and 13 to 14% of the people. This figure was about 15 percent at the beginning of the 11th government, and it is noteworthy that this figure is two to three percent in other countries.

Seif, stating that the problems of the banking system include two parts, balance sheet problems and profitability and loss problems, said: 417 thousand billion tomans of bank facilities have been granted last year, 50% of which was extended.

Referring to the allocation of credit to optimize water resources and prevent its wastage, he stated: The Central Bank in the 11th government will take steps to prevent the loss of bank facilities in activities without economic returns, because we believe that if the right investment is made to create wealth Becomes.

The Governor of the Central Bank of the Islamic Republic of Iran announced: The banking system should move and act in support of new ideas in Kerman province, and our forecast is that 460,000 billion tomans of facilities for the country’s banking system will be granted this year.

He said that the most important goal of the resistance economy is to make the economy resistant to shocks abroad, he said: The housing sector is the pioneer of the country’s economy and this year the growth of housing transactions has begun gradually that the statistics of the number of transactions This is a claim and in terms of price per square meter has increased by 7.6 percent in Tehran.

In the end, Seif pointed out: the dependence of the budget on oil is between 30 and 35% and part of the main resources of the country is provided through the export of non-oil goods.

There are two types of property and building ownership documents, either

Recent fluctuations in the dollar exchange rate have had a significant 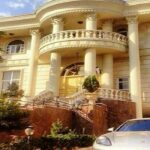 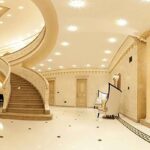 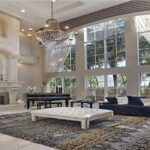 We have provided a new platform for you to buy and sell safely and easily so that you can easily trade your property.

We have provided a new platform for you to buy and sell safely and easily so that you can easily trade your property.

All rights reserved for EBcode site.